Think about the power dynamic that most turns you on to help you figure out which specific roles you could try. If you’re not sure or are lacking imagination, don’t worry. Reading erotic fiction always helps me figure out my sexual fantasies – they’re often scenarios I’ve never considered myself. If the very thought of your partner bossing you around and telling you exactly what to do is arousing, Annabelle Knight, sex and relationship expert for Lovehoney, says submissive roles are ideal for you. Or, if the idea of playing roleplay games where you’re the one in charge turns you on, flip that around and take a more dominant role.

Talk about your roleplay fantasy sex ideas with your partner(s)

Opening up to your partner(s) about your sexual fantasy can feel intimidating. If you’re feeling vulnerable and worried about how your partner will react, try framing it in the context of a dream. Annabelle says you phrasing it as, “I had a dream you were a police officer who handcuffed my hands behind my back and then had your way with me,” is a little easier for some to swallow than saying outright, “I want to have sex with a cop.”

Encourage your partner(s) to share their fantasies, too. It’s been proven that just thinking about sex boosts our sex drives. So think of this part as verbal foreplay…

Set your boundaries (and safe words)

Before any roleplay fantasy sex happens, you need to get your boundary setting skills down. To have the safest, most pleasurable roleplay fantasy sex, you need to tell your partner what your limits are. Is there anything you aren’t comfortable with? Like spanking, choking, being called certain words? Communicate this clearly to your partner, so they know exactly what your boundaries are.

Plan your outfit, accessories and setting

The next step is all about preparing for your roleplay sex fantasy. Depending on which specific roleplay games you want to play, this might involve a costume and/or accessories. If it’s your first time and the idea of dressing up is nerve-racking, start small. Annabelle says this could be as simple and easy as adding small accessories like medical gloves (my personal fave), a stethoscope, or even just a hat, to set the scene. She also strongly advises only picking clothing or costumes you’ll feel physically comfortable in. This will take some pressure off and allow you to relax into the scene (and most importantly: have fun!)

If it all gets a bit too much, encourage each other to breathe, feel your body and the room around you, to drink water and get some food. Roleplay fantasy sex can make you hungry!

Did you know you can incorporate roleplay into tantric massage?

If you’ve ever had a sexual fantasy involving a masseuse, the good news is tantric massage can very easily be worked into your roleplay. Annabelle says massage roleplay works best at the beginning of Tantric sex. She recommends taking it in turns to undress each other and massaging your partner’s erogenous zones as they’re uncovered.

Dr Mafe Peraza Godoy, clinical sexologist and founder of The Intimology Institute, says assuming a more dominant role during roleplay fantasy sex releases a lot of energy, as well as giving your trust to your partner. She suggests sitting in your partner’s lap, gazing deep into their eyes and synchronising breath while you take the time to really explore your partner’s body.

And if you’re looking for someone to live your masseuse roleplay fantasy IRL, book a Karma Tantric fantasy sensual massage. 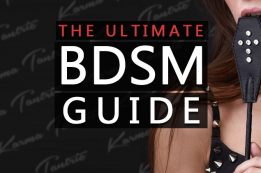 AJ_2990 about A Personal Message From Karma Girl Anita (& selfies)

An unbelievable surprise! Anita, your selfies are gorgeous, I may be the...

Fadi about A Personal Message From Karma Girl Anita (& selfies)

Definitely feeling uplifted after reading this & looking at your selfies can't...

Chris about A Personal Message From Karma Girl Anita (& selfies)

The selfies are fantastic but don't do you justice. Have had many...

Jeff about A Personal Message From Karma Girl Rachael (& selfies)

Seems so long since I had a massage. As soon as I...

Lovely Yasmin, it is great to hear from you. I hope to... 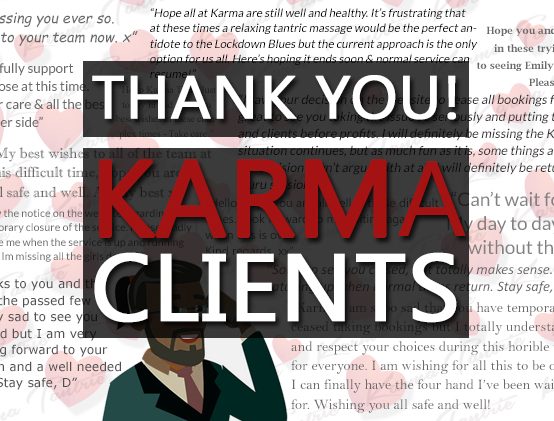 Special Thanks To Our Karma Clients!